The Final Speech from The Great Dictator

millions throughout the world — millions of despairing men, women, and little children

let us use that power — let us all unite

gentile-  somebody not  wanting power or money

Poisonedլ -to give sb or sth a substance that causes death

barricaded- to close something in to a place with an obstruction, so as to restrict

abundance – a large quantity of sth

cynical-only thinking about your own interests

despairing- having no hope

bitterness-  angry and hurt because of a bad experience

brutes – a savage person or animal

enslave- to make sb your slave

regiment -to organize in a strict way

drill – to train soldiers by lots of repetition

reason -sth that is right, practical or possible 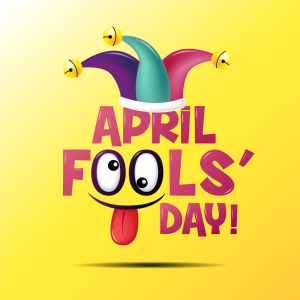 A family of mice were surprised by a big cat. Father Mouse jumped and and said, “Bow-wow!” The cat ran away. “What was that, Father?” asked Baby Mouse. “Well, son, that’s why it’s important to learn a second language.”

Two boys were arguing when the teacher entered the room.

The teacher says, “Why are you arguing?”

One boy answers, “We found a ten dollar bill and decided to give it to whoever tells the biggest lie.”

“You should be ashamed of yourselves,” said the teacher, “When I was your age I didn’t even know what a lie was.”

The boys gave the ten dollars to the teacher.

A snail walks into a bar and the barman tells him there’s a strict policy about having snails in the bar and so kicks him out. A year later the same snail re-enters the bar and asks the barman “What did you do that for?”

Headmaster: I’ve had complaints about you, Johnny, from all your teachers. What have you been doing?
Johnny: Nothing, sir.
Headmaster: Exactly.

A teenage girl had been talking on the phone for about half an hour, and then she hung up.

“Wow!,” said her father, “That was short. You usually talk for two hours. What happened?”

PUPIL: “Would you punish me for something I didn’t do?”
TEACHER:” Of course not.”
PUPIL: “Good, because I haven`t done my homework.”

We use much and little with uncountable nouns.

We use much/many especially in negative and interrogative sentences.

We didn’t spend much money.

Do you know many people?

In positive sentences a lot (of) is more usual.

We spent a lot of money.

He goes out a lot.

Little and few (without ‘a’) are negative ideas.

We must be quick.There is little time.

He isn’t popular.He has few friends.

A little and a few are more positive.

We have got a little time before the train leaves.

Do you speak English? “A little ”

1.What is a parable?

Parable is a short allegorical story designed to illustrate or teach some truth , religious principle, or moral lesson.

2. What did the good soil symbolize in this parable?

Good soil represents people who hear the message and live it in their lives.

3.How many different types of soil were there in the parable and what were they?

There were 4 types of soil: path, rocky places, thorns and good soil.

1. What happened to the seed that fell on the path?

a) It started to grow but could not take root.

c) It got choked out.

2. What happened to the seed that fell on rocky soil?

a) It started to grow but could not take root.

c) It got choked out.

3. What characterizes people who are like the seed that fell among thorns?

a) As soon as they hear what God says, Satan swoops down and takes it away.

b) They hear what God says but the worries of life, the deceitfulness of wealth and the desire for other things make them unfruitful.

4. Why did some seed produce a crop?

a) It was a special kind of seed.

b) It fell on good soil.

5. What characterizes people who are like the seed sown on good soil?

a) They hear God’s word and obey it.

b) When troubles come they quickly fall away.